Today, because it's such a lovely day, and because the trees are starting to reach their peak, and because a lot of people have been asking about it, Sassy and I have decided to give you a photo tour of the yard. I mean it's not like I don't have anything better to do, right? Riiight!

We have 2 acres, roughly square, with the house situated toward the left front as you face it from the road. 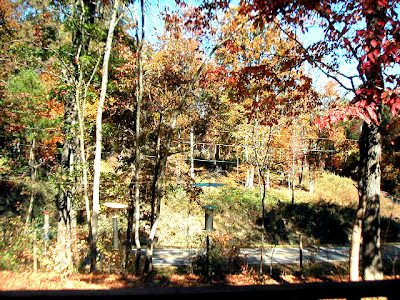 This is the view from the front porch, as you walk out the front door. The fence in the foreground makes no sense, because it encloses nothing and the property extends to the road. Although, that is a pretty steep hill from the fence to the road. 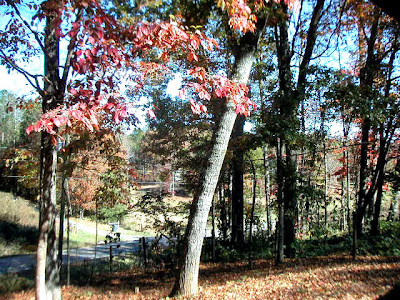 Looking diagonally to the right from the front porch. There is a pond on the other side of the road behind the trees. 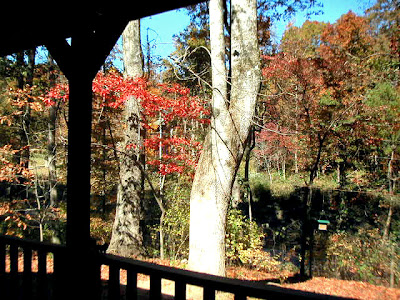 Diagonally to the left from the front porch. The Chihuahua house is across the road and can be seen behind the post if you look closely. 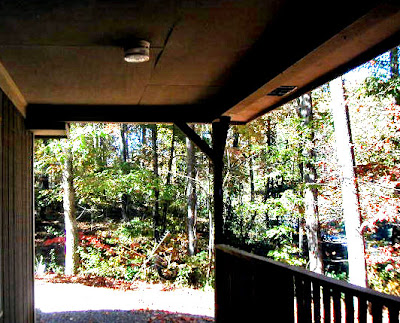 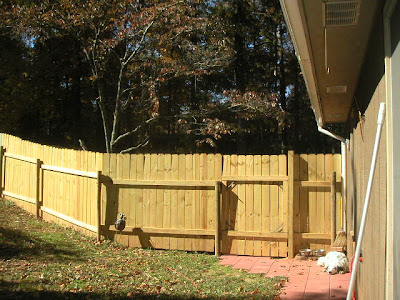 To the right from the back door and facing the backyard. Note the pup soaking up some rays. The driveway is on the other side of the gate and, ordinarily, the dreaded chicken coop can be seen over the top of the fence. 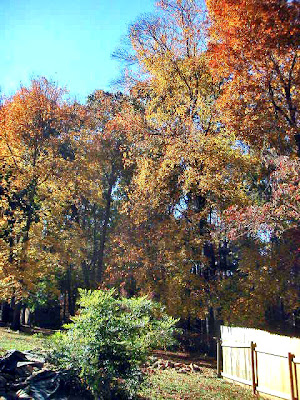 Following the fence diagonally toward the middle of the property. One of Bruce's rock piles is between the fence and the green bush in the foreground. 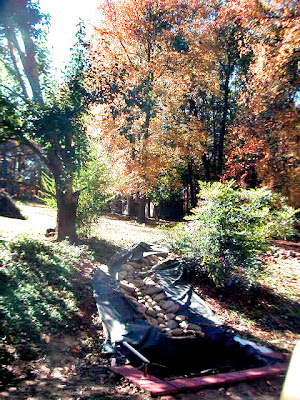 Looking toward the center of the yard. In the foreground, the reason for all the rocks...the obligatory pond(s) in progress. You can see the lower pond surrounded by the pavers. At the top of the stream and behind that bush is the second pond. The two ponds will be connected by the stream...the water isn't running right now, but when it is...wow! 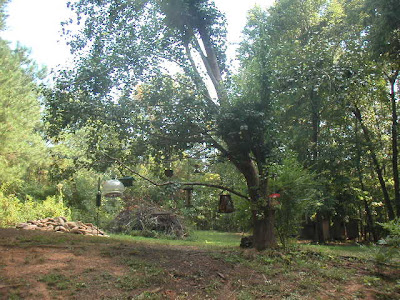 The "giving tree" (because it holds no less than 8 bird feeders) and yet another rock pile, just to the left of the stream. Oh yeah, there is also the brush pile, which Bruce originally intended to burn, however it's too dry to burn and the birds LOVE it. It will be interesting to see how long it takes to degrade.This picture was actually taken earlier, before the leaves started to turn. 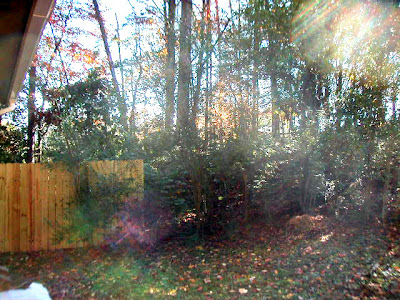 To the left of the back door. The sun was coming in from this direction, so the picture is not as clear as it could be. In the bottom right corner and under the bushes is Sammy's famed hay pile. 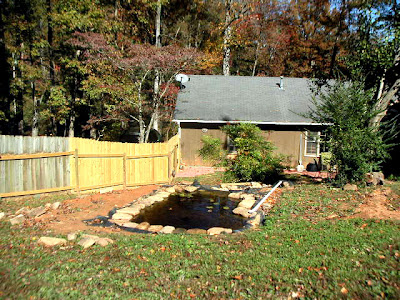 The upper pond, looking toward the house. 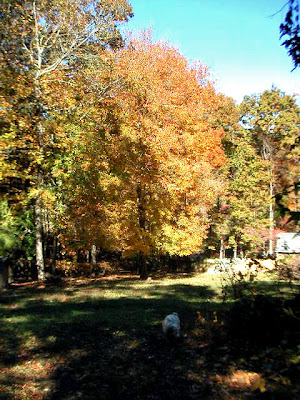 Diagonally from the far left corner and back toward the front of the property. Note our fuzzy tour guide in the shadows. 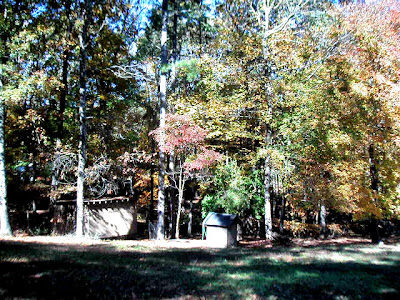 Still from the back left corner and looking a little further up the hill and to the left. The small structure in the middle is the well house and the one to the left is the storage shed. There is yet another fence that makes to sense running through the middle of the property...again, it encloses nothing. There is some type of vine growing on it; the leaves resembling grapes, but it's far too shady for grapes. 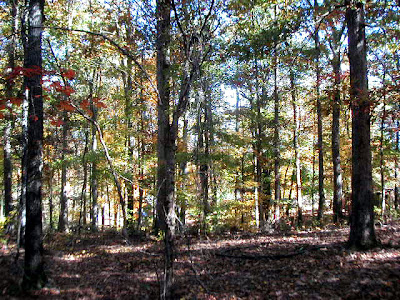 From the far right corner of the property looking diagonally toward the house...can't see it, can you? If you look toward your left from here you'd see the defunct chicken coop down the path. 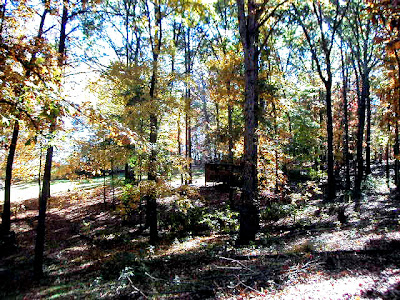 From the chicken coop, looking toward the back fence...the storage shed in the middle of the property. 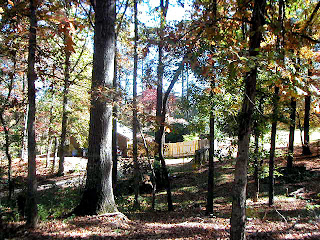 From the chicken coop, looking toward the house. 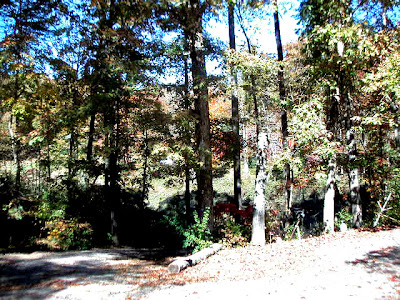 The driveway comes up from the road and curves to the left beside the house.

So there you have it...and now I really have some other stuff to do.

But, but, We didn't get to see the dreaded chicken coop!
The country can be so serene - you can see it in the pictures - until the "yapping" begins - I share your pain with that one!
The Bunster!